With a chance to have a lie in, typically I wake around 6am! Leisurely morning of reading and looking up some stuff in Peru before heading downstairs to a gorgeous late breakfast rustled up by Niki and Grant.

Not quite sure how to spend today when Niki mentions her Swedish friend is showing The Eurovision Song Contest. Being Canadian, she has never seen this and seems enthralled by the event. By half 12, we deem it’s a suitable time to drink beer! 2 beers later, we set off for Savannah la Mar to watch Eurovision. We get there a bit late but just in time for the UK entry which I must admit is pretty pants….despite the Nazi outburst by a random stage invader!

Linda has created us a score sheet….just like days of old when we were kids.

Niki thinks this is the best thing ever and loves the whole thing!

Several beers down and Israel the winners….to which Niki is delighted, we head to Casa del Sol for fish and chips night! 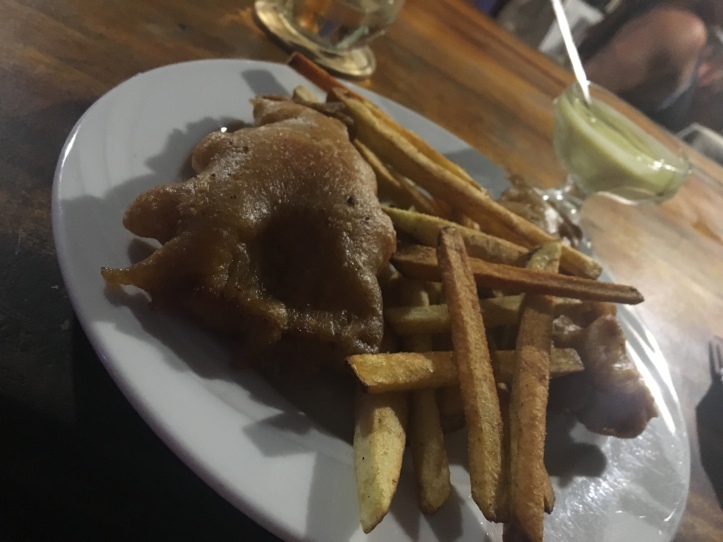 With too much alcohol already on board, despite the food being really good, I don’t eat much…this will prove to be fatal later! 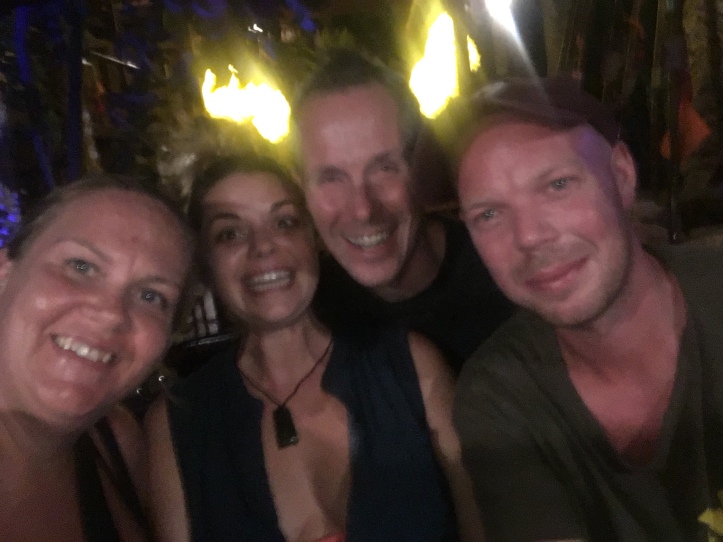 We have more people join us and at some point later in the evening we walk down the beach to cocktail allay. We sit at stall Darwen which is ran by a woman called Gloria and tuck into some Mora (blackberry) Mojitos. 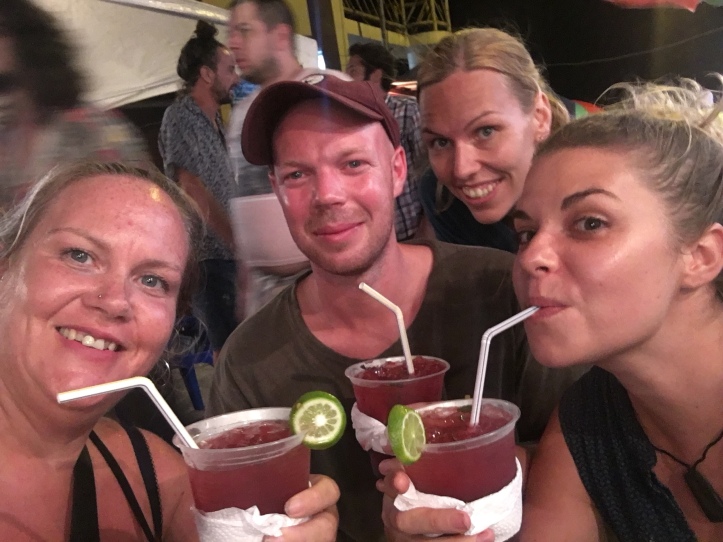 These are the best and only 3$ and this is actually the last thing I remember!

I wake at around half 2 Sunday afternoon and feel worse than death. I go downstairs and Grant makes me a cup of tea and some eggs and pancakes for breakfast….just the ticket and the best thing ever in my current state!

I learn that we got in around half 4/5am and am asked if I have many cuts n bruises. I do have a grazed knee now I come to look!

I thought I was doing ok but this hangover is a beast and so it’s back to bed. I pop out around half 6 to get a Chinese and some liquid of the non alcohol variety then it’s a Netflix night for me. I couldn’t even face pizza and movie night downstairs! I am so looking forward to today being over with and tomorrow being a new day sin chuchaqui!!!

Ahhhh hello Monday. Boy do I feel better today. Off to breakfast alley for some pancakes then back to school. I have new teachers this week and my first hour is with Antonio followed by another 2 with Stalin. All goes well and is a revision of stuff I’ve done in the past so not too taxing. I am however thinking of doing a few more weeks in school but when I get to Bolivia – it’s so much cheaper than here!

With the sun still not making much of an appearance, I go back to my hostel, chat to the guys and just chill for a bit. It’s nice doing nothing, especially as I’ll be back on the road again come Friday…

Myself and Kevin go for a Thai curry at Tambo and meet the others as we walk back. The night finishes off with a game of Yahtzee.

Tuesday morning I wake to some sunshine and hope it lasts so I can head to the beach after school. Luckily it does and I while away a few hours sunbathing in the sand and watching high tide. 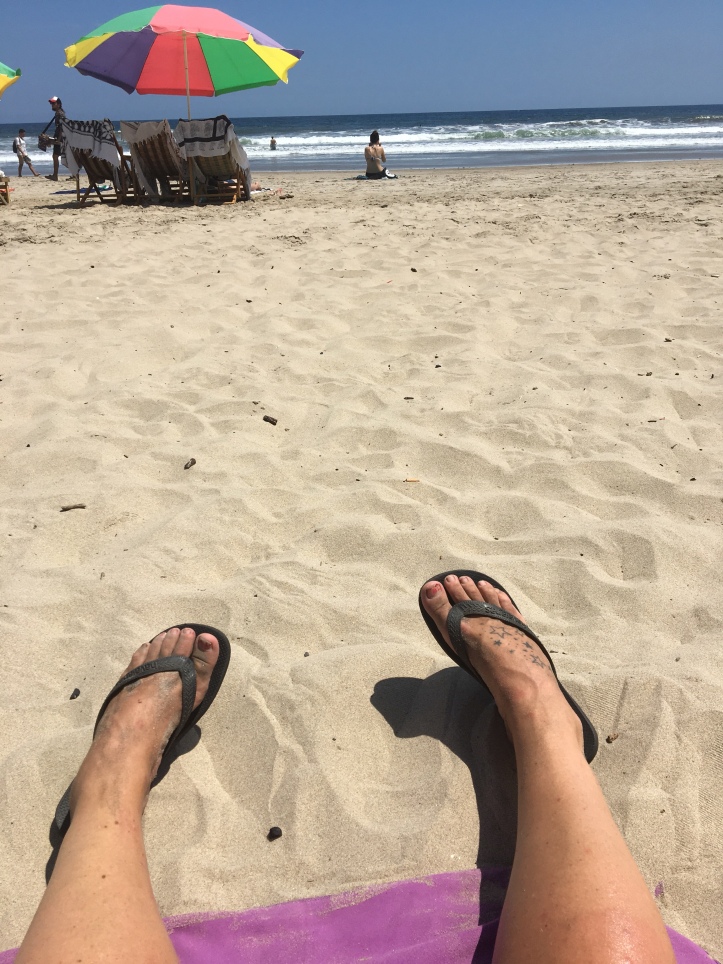 Back at the hostel I enjoy a beer with Niki whilst waiting for a new guest to arrive. Once Erik from the States is in, we head down to a bar at La Punta for sunset that sells cider. Not ur normal British cider but more like a Kopperburg – but cider none the less! From here we head to the Lido for burger night with Lee and Kevin.

The celebrations in town are still going on for the patron saint of Montañita festival.We meet up with Niki and Grant and the guys from Casa del Sol at cocktail alley and head off to the church.

Tonight is the big one – Vaca Loca (crazy cow)…

This is the craziest thing I have ever seen in my life….in a square filled with locals and loads of tourists, a man with a plastic cow over his head runs around into people whilst shooting out fireworks!

It’s hysterical but completely bonkers! Following this, there is a firework display where in some cases, fireworks are planted and set off in amongst the crowd. Health & safety knows no bounds here!

A great night thou and definitely something different to be a part of, we head back of course to cocktail alley!

Following another rather later night, I wake late and have accidentally missed school! I go to town for some food and end up catching the parade from all the schools in the area – this festival really goes on for days! 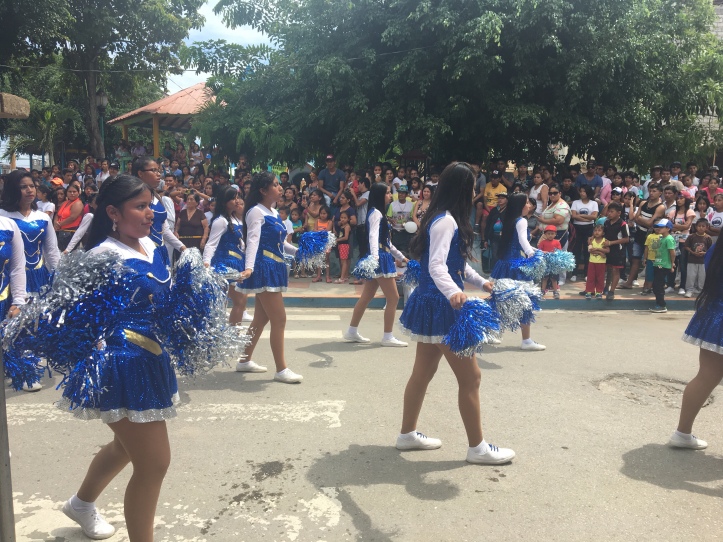 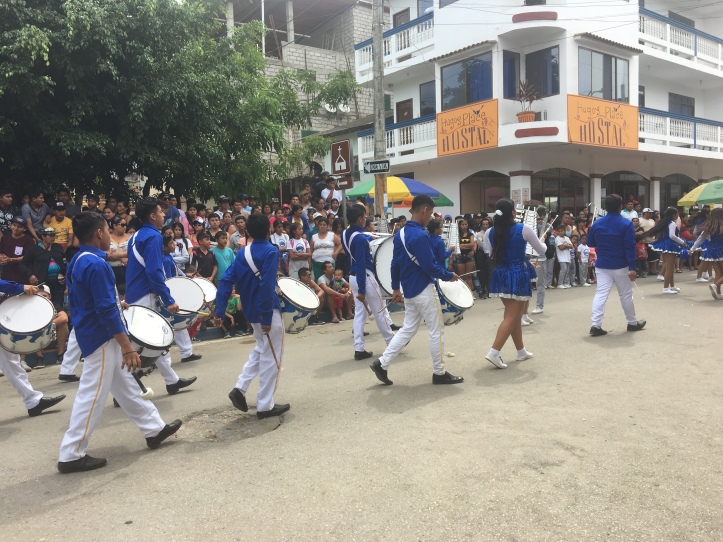 Feeling rather hungover I don’t do much else except go for dinner at Pigro’s with the hostel guys for Lee’s last night and their friends Gemma and Erin who have just flown in from Canada.

Thursday is my last day here. I book a Spanish lesson to cover what I missed yesterday and go for a wander round the beach 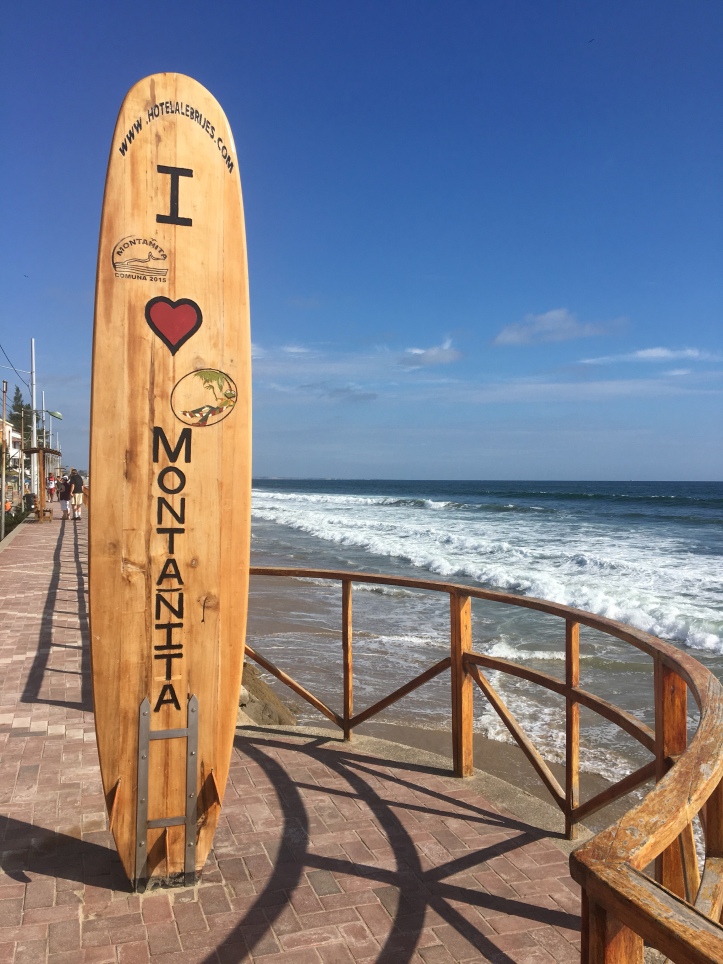 and town, and see the most iguanas ever on the bridge! 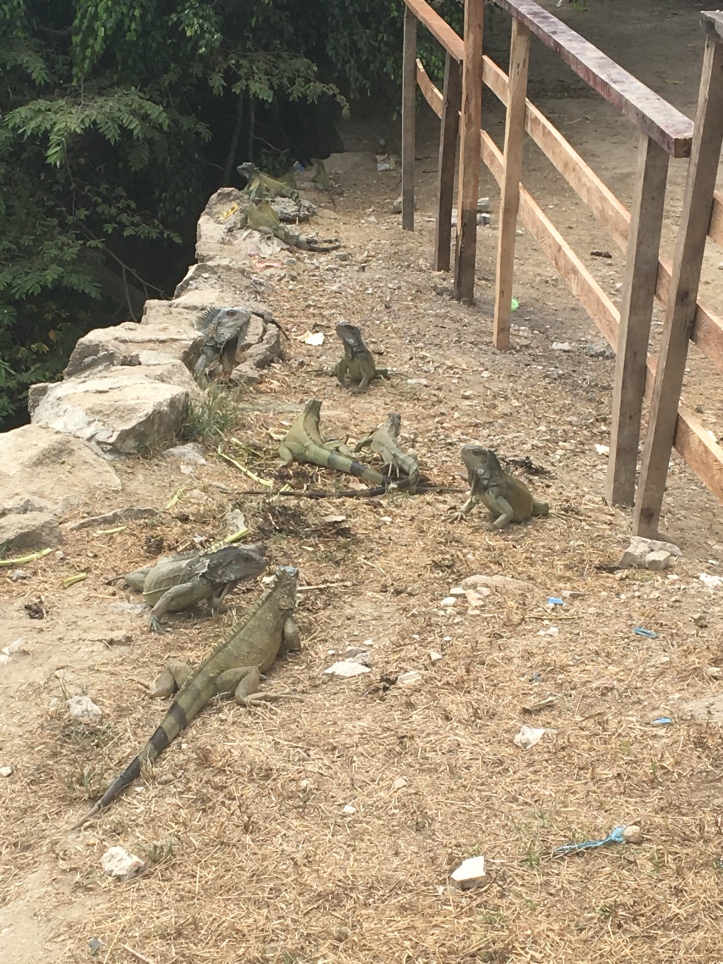 We end up going to Tiburon for dinner for my last night. Food is great but when it’s full – be prepared to wait…over an hour in our case!

Friday and I’m leaving. I was hoping to spend the day at Gemma and Erin’s pool but it’s raining! I cycle off early to get us breakfast and just sit around in the hostel reading etc. Pigro’s is the best Italian food I’ve eaten since leaving so go there for my last meal and laze around back at the hostel. Niki and Grant very kindly let me keep my room as my bus isn’t till late. Following a nap, Niki and I chat away the afternoon until it’s time to leave. We leave en mass from the hostel as everyone is off for dinner…except me!

I bid another sad farewell to 2 awesome people. Niki and Grant have been exemplary hosts and become great friends 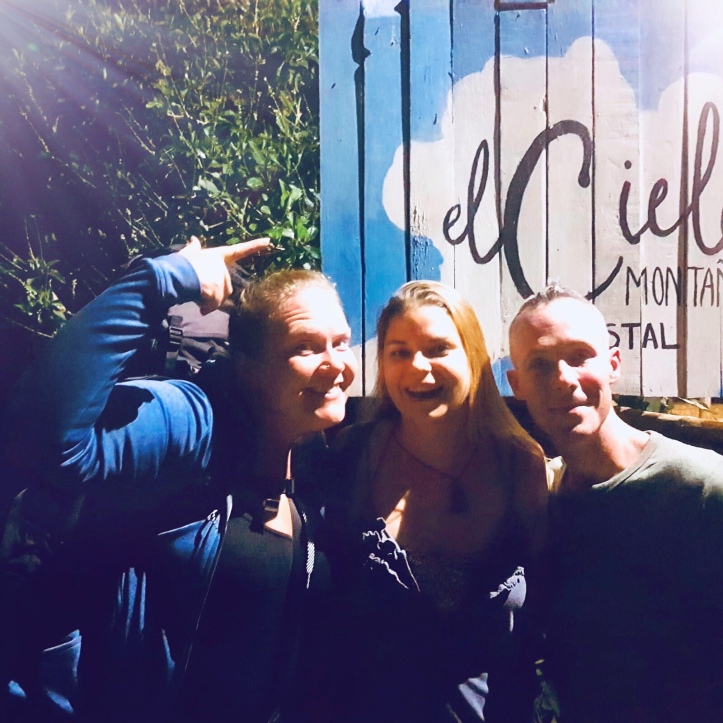 I will surely miss u guys but look forward to seeing u at some point in the future (especially as Niki has family in Bristol!!!)