Rather than booking a tour and heading in with the hoards of people, information out there says it’s easy enough to get to Tayrona National Park yourself.

A bus to Santa Marta, walk to the cross of 11/11 to the mercado and catch a bus to Tayrona from there. Seems simple enough….until the bus I got on to Santa Marta doesn’t go the same way it went yesterday! I follow my route in Google maps and have no idea where I am or heading. I’m fairly chilled thou as I heard 2 Spanish speaking girls get on asking for where I’m heading as they got on. The driver notions for them to get off somewhere on a main road and I follow suit! They explain we need to catch another bus from here, we get directions and get on another bus. This looks like the bus that wd have left Santa Marta judging by all the people on it. It takes about a hour from here to Tayrona. Public bus costs 1600 and 7000 for the second one.

Entry into Tayrona costs 54,500 and a further 3000 to catch the minivan up to the start point (rather than an extra ~5km walk). 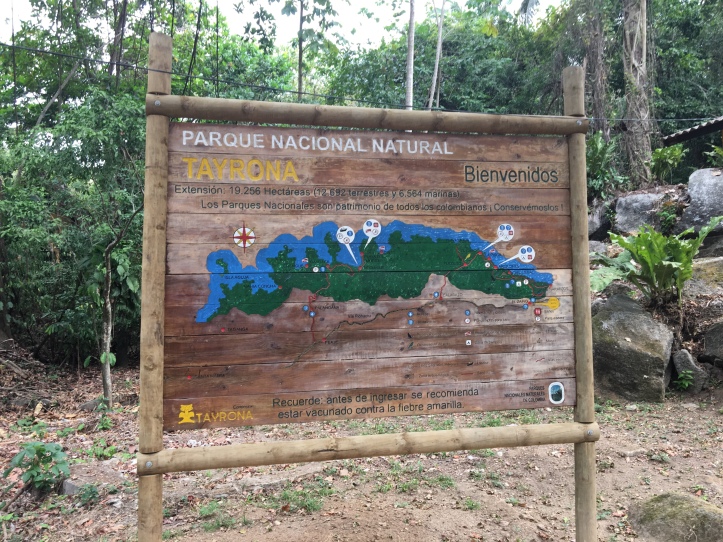 Having started the day with the 2 girls on the bus – I now know their from Argentina and both called Daniela and as we’re just here for the day decide to spend it together. 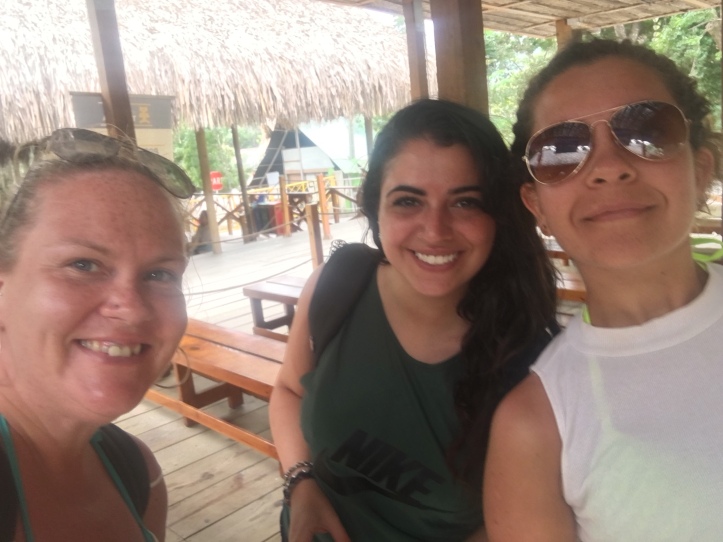 Off we start on a path that leads us into the jungle. The first part is wooden panel paved but the further into the park u go, it’s just sandy dirt tracks. 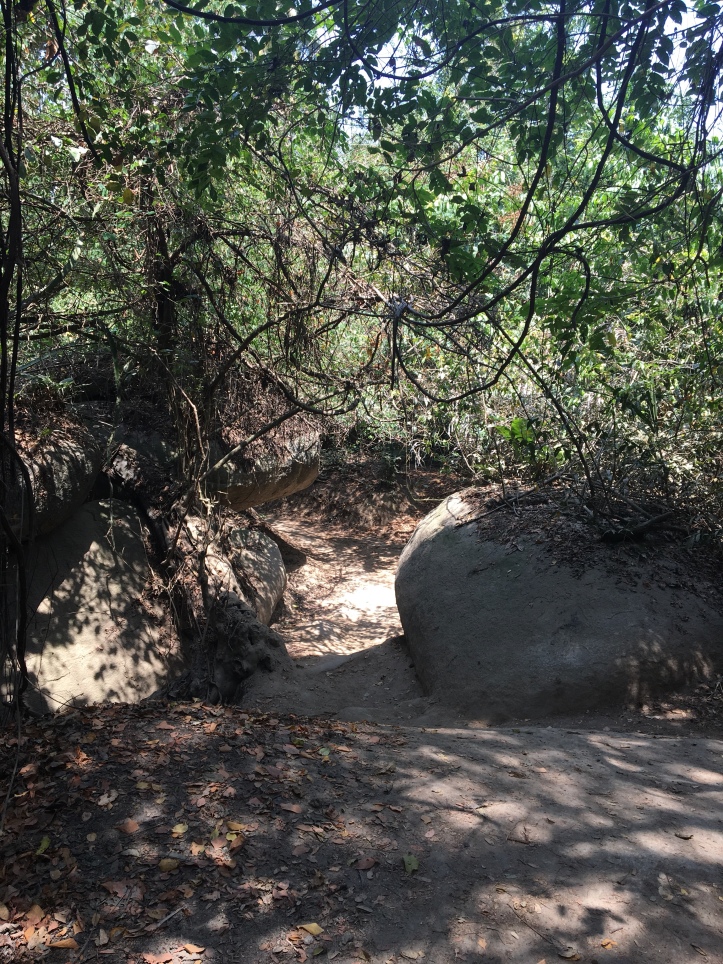 It makes sense to wear trainers rather than flip flops as some bits were a bit boggy and also ur feet end up stinking dirty which so isn’t a good look!

The path is marked along the route – first for Arrecifes. The viewpoint on the way to here is beautiful

And the beach is stunning but u can’t swim as the undercurrent is too strong and there are red flags flying. It’s a bit of a tease as it’s so bloody hot, I’m just dying to get in the sea!

The next part of the path u follow is towards Las Piscinas. There’s a natural break stop about 20 minutes before this at one of the big camp sites. 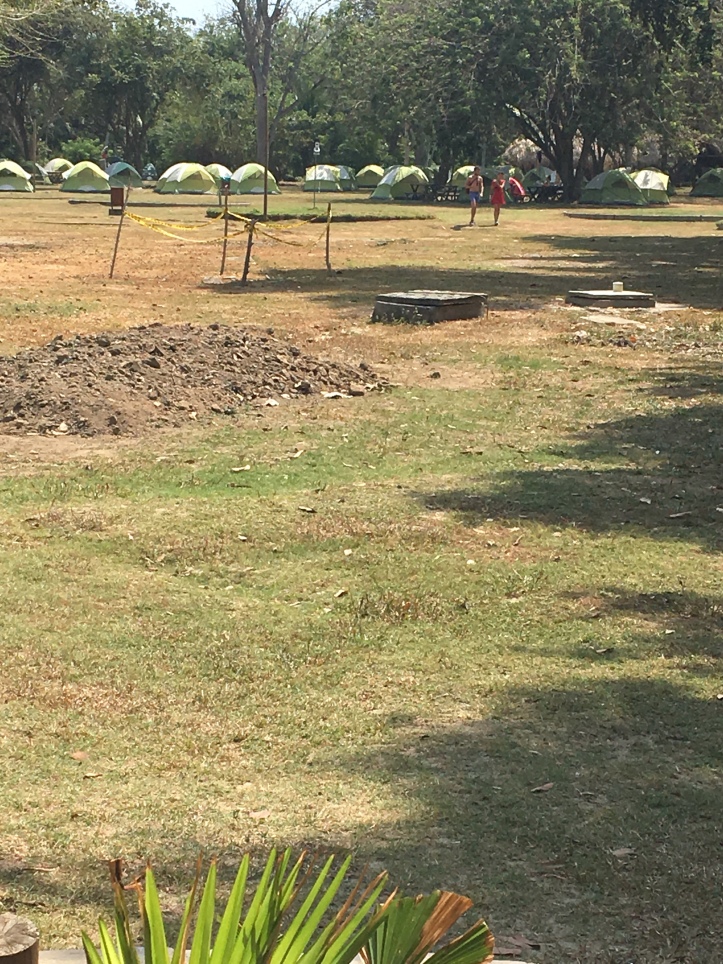 A few people stop off here and get in the very inviting water, but most, like us carry on another 20 minutes to get to El Cabo San Juan.

This again is a place of beauty but is far busier with a camp on site, a restaurant and vendors selling drinks. It’s also the part where the few boats come in delivering people from Taganga and Santa Marta (at a cost of 50000cop).

We decide to settle here. Bags off, towels down I run into the stunning blue sea to cool off and treat myself to a nice cold beer!

This part of the country on the Caribbean coast is beauty at its best with its golden flecked sand and turquoise blue waters. 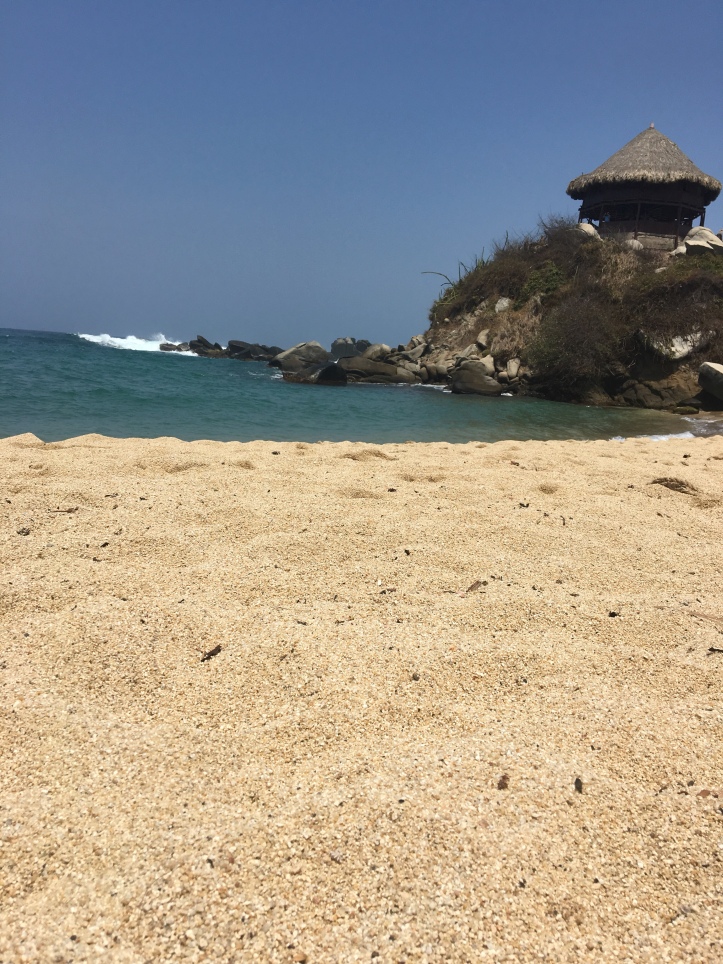 We wander off and do our own thing whilst someone is always there to look after the bags – a great thing about hooking up with people.

I take a walk up to the mirador point and the view is just amazing. If u love the sea, beach, coast then this is an unmissable place to come. 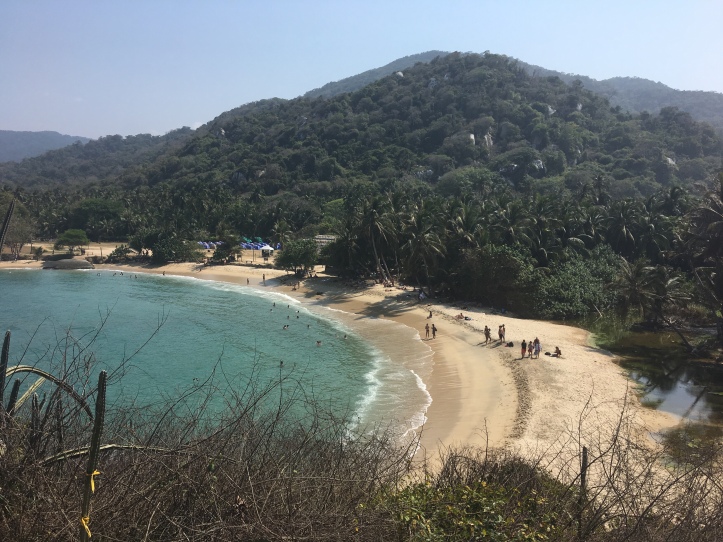 Suitably cooked (albeit with plenty of sun cream) after a good 4 hours or so on the beach we make our way back. If ur only here for the day – u do need to remember however long it took u to walk there – u have to do the walk back!

It took less time on the way back but getting later, does mean the mozzies are out so I advise to take some spray.

We do get the slightly slower bus back to Rodadero which goes round all the local parts but it was interesting to see these rather than just the tourist spots.

Grab a bit of street food for dinner (empanadas for 50p) and head for a much needed shower.

A lovely way to spend the day