Oh what a sleep! God I needed that and a fab lie in! After a leisurely breakfast on my balcony it’s time to go explore a bit more of Chiang Mai.

Chiang Mai means “New City” and was so named because it became the new capital of Lanna when it was founded by King Mangrai in 1296. It is located 700 km north of Bangkok, and is amongst the highest mountains in the country. The city sits on the Ping river which historically led to its strategic importance due to trade routes. The city was surrounded by a moat and a defensive wall as nearby Burma was a constant threat. With the decline of the Lanna kingdom, the city lost importance and was often occupied either by the Burmese or Thais from Ayutthaya. Because of the Burmese wars that culminated in the fall of Ayutthaya in April 1767, Chiang Mai was abandoned between 1776 and 1791. Lampang then served as the capital of what remained of Lannathai. Chiang Mai formally became part of Siam in 1774 by an agreement with Chao Kavila, after the Thai King Taksin helped drive out the Burmese. Chiang Mai then slowly grew in cultural, trading and economic importance to its current status as the unofficial capital of northern Thailand, second in importance only to Bangkok.

Today I decide to take a wander into the Old City, over the moat and through the city walls to see what this 1.5 square km area has to offer. The city walls were built at the time of the city’s founding. Like other cities of the period, Chiang Mai was built according to traditional astrological and religious principles. This meant that every aspect of the city’s layout, including walls, gates and moats, were designed to appease spirits and gods so they’d protect the city. Ceremonies dedicated to these protective spirits are still held today.

Although many of the walls and gates were destroyed or dismantled over the centuries, considerable efforts to reconstruct them were made in modern times. Thus, when you visit, you can see the city much as it must have looked more than 500 years ago. 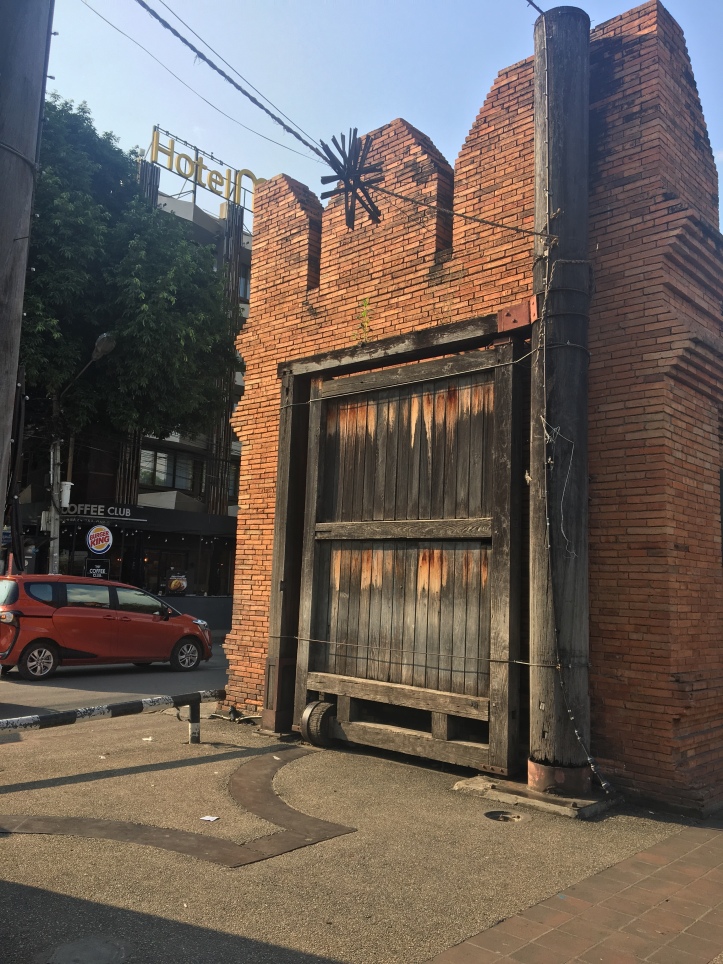 There are no organised city tours here so today, without any structure, I simply plan to just walk around and see what I find.

From my hostel I cross the moat and enter on the north west side and wander into the centre. The one thing that strikes me immediately is the number of temples here (over 700 I believe). Maps Me shows that I am surrounded by wats which I learn is Thai for temple. I want to capture and remember the names of the ones I’m visiting but the names are too difficult to remember and there are just too many. They all have one thing in common thou and that is how ornate, bright and beautiful they are. 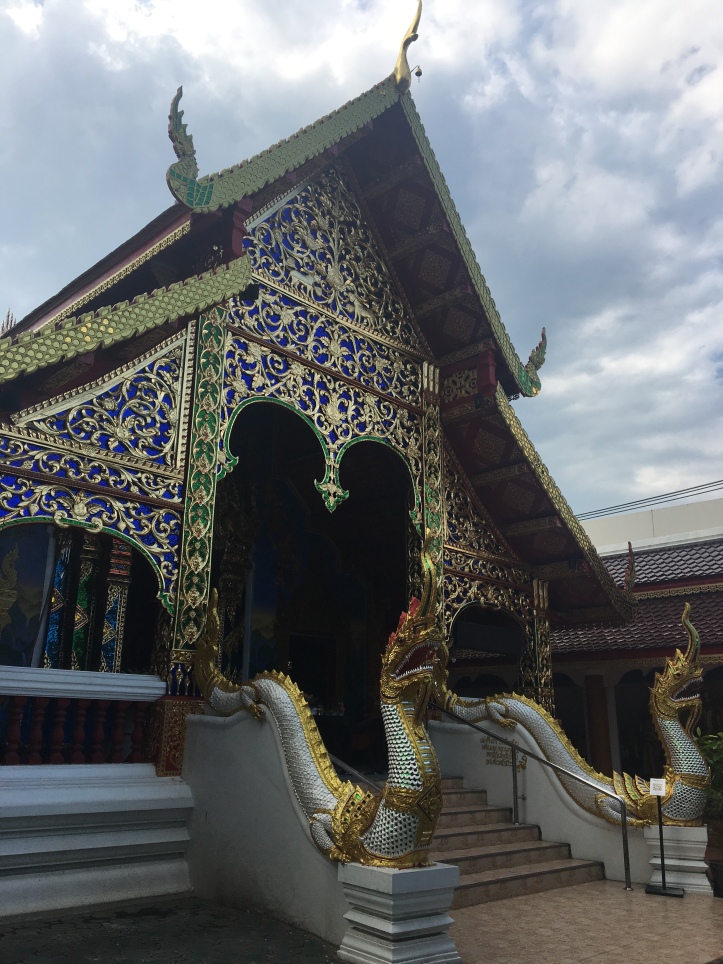 The attention to detail on the dragons guarding the entrance, the stones used that glisten in the sunlight and the towering bagodas next to the temples.

There may be hundreds of them but each and every one I visit is beautiful in its own unique way. 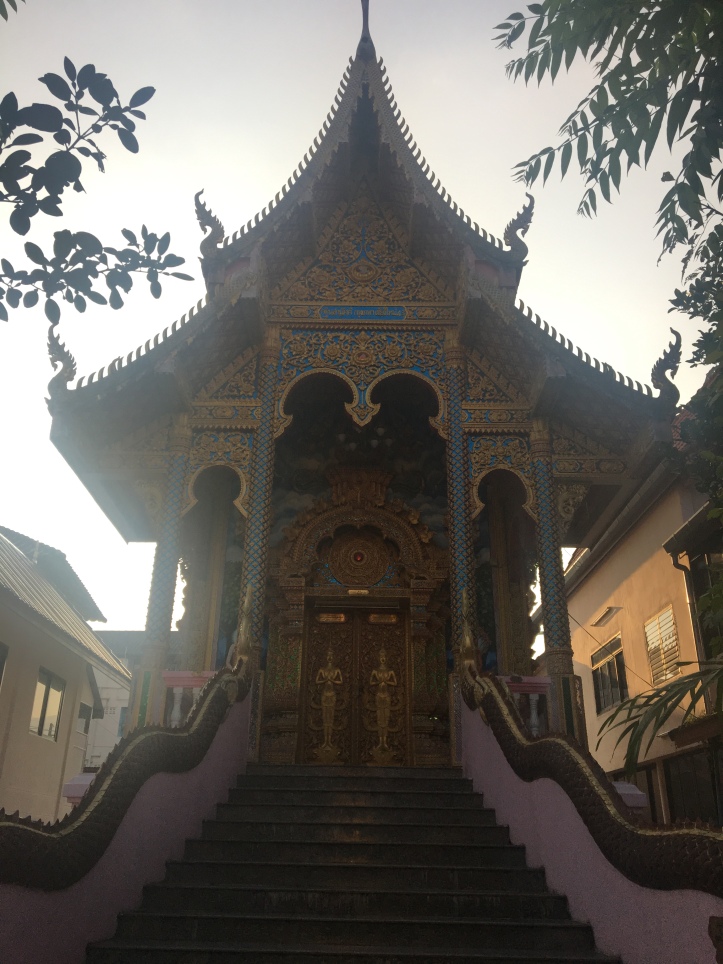 Aside from temples, the old city is full of restaurants, coffee shops, spas/massage joints and nail bars…very typical of Thailand. It’s weird thou that a drink here can cost more than double what I’m paying for food!

The other thing well in abundance here is elephant pants! I have well and truly entered the land of MC hammer pants…but I’m still determined I will not succumb to buying a pair!

After an enjoyable stroll around the town and getting some bearings, I decide to call it a day and do some research on things to do here o we the next few days.