After the most awful nights sleep to date…a loud rude girl in my room, along with her baby and friends. After changing room at nearly 1am, I wake up just about in time for today’s tour but feeling like I want to crawl into a dark hole and sleep! A great start to a day I was massively looking forward too.

My group is a group of 6 women travelling together from Santa Fe so no other travellers on this tour either. I don’t know if I’m just unlucky or there are just far more national tourists in these parts than backpackers.

Today I’m heading to the Valdes Peninsula and specifically Caleta Valdés and Punta Pirámide. It is an important nature reserve and was listed as a World Heritage Sire un 1999.

We make a stop not long after leaving and I realise we’re at El Doradillo, the place I came to yesterday. I watch the Wales from the comfort and warmth of the bus as I get myself sorted and have some breakfast.

We make a stop at the National Park entrance as despite the cost of the tour (£73), you still have to pay a 520p entry fee into the park.

It’s then on to the Visitor Centre at Istmo Carlos Ameghino. This place sets the scene and provides a lot of info on what we are about to see including a skeleton of a Southern Right Whale

and also information on Orcas – which I didn’t know were what we call Killer Whales. At the prospect of seeing these my excitement levels shoot through the roof.

It is here also I learn that these mammoth beasts are actually dolphins. WTF….yep, 39 years of age and I learn today that despite having the name whale, they are in fact dolphins. A bit of google research backs this up…a snippet from http://www.uk.whales.org

“An orca is a marine mammal. They are often confused for being a whale because of their name ‘killer whale’, but did you know that orcas are actually dolphins? In fact, they are the largest member of the dolphin family!”

Nope, I didn’t know that, but know I do…and so do you if you also thought the same! Every day is indeed a school day hey!!!

There is a mirador platform here, more info and a coffee shop but with only 20 minutes, it wasn’t long enough to do everything.

You normally do Punta Pirámide first but numbers are too high so we’re doing the tour in reverse and it’s about an hour to Caleta Valdes.

We pass a whole host of other wildlife on the way, including the rhea (a relative of the African ostrich), the guanaco (related to the llama) and the mare (has the appearance of a large hare).

We arrive at Caleta Valdes – a beautiful spot made up of a long, pebbled beaches 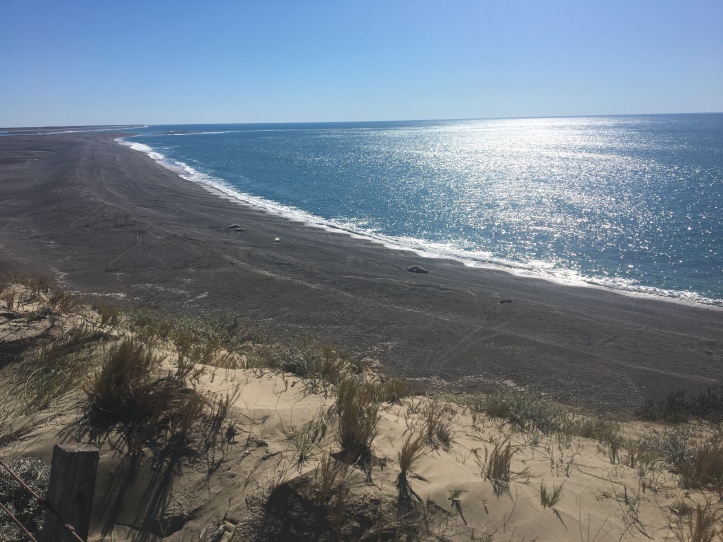 and is home to Elephant seals who arrive here in August and spend the following months creating their harem of females. It is these we have come here to see. The other thing I’m hoping to see and probably the most exciting thing about here is the opportunity to see the Killer Whales. They hunt seals by purposefully beaching themselves in order to catch their prey between September and April.

We are told there is a mirador point and 2 short walks so I set off in the direction of route 1….the view doesn’t disappoint and beached on the sand below are these amazing elephant seals – including a male who is ginormous. 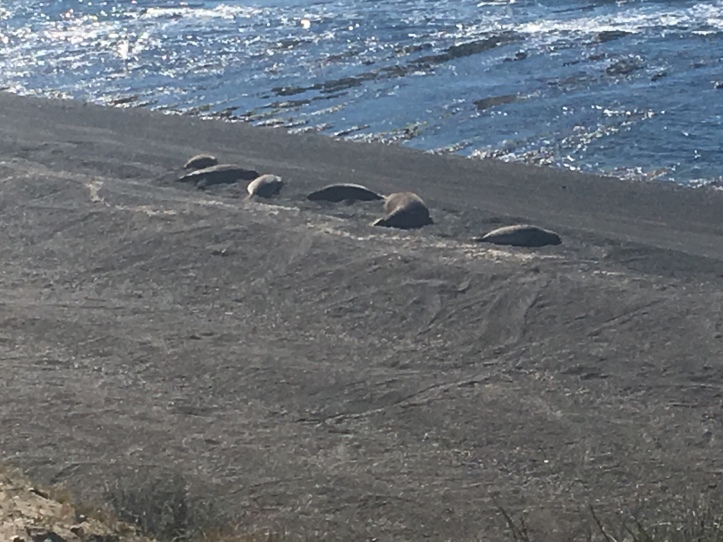 They get their name because of the large proboscis of the adult male which resembles an elephant’s trunk. The male’s proboscis is used in producing extraordinarily loud roaring noises, especially during mating season.

It is calculated that approximately 20 thousand reach the Valdes Peninsula each year between August and March to mate, give birth and molt. The Southern Elephant Seal is the largest marine mammal to occupy this coastline during its reproductive season. Towards the end of August the first males begin to arrive, marking their territory and gathering their harems with the arrival of the females. The pregnant females are the first to arrive, giving birth just days after. While nursing her pup the female will fast, relying entirely upon her fat reserves. After a short nursing period and mating, the Elephant Seals return to sea for two months of feeding. The adult males of this species reach an unbelievable size.

There are about 500 harems here which contain between 2 – 130 females in each. The dominant males make up only 14% of the population and can mate as many as 15 times in one day.

Another fact – they can make deep, prolonged and continuous free dives, day or night, their ability improving with age, to depths greater than 1,500 meters and they have been tracked covering distances of more than 11,500 kilometers over the course of a year. They will usually spend close to two minutes on the surface between dives, and below the surface they can hold their breath for up to 90 minutes, spending as much as 80% of their time under water.

I leave here and follow the path around to the creek

and see a few more of these seals basking in the sunshine on the beach. 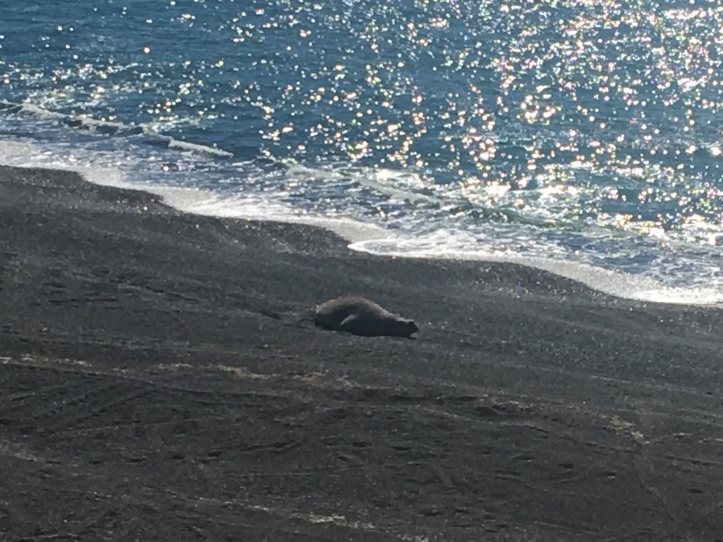 No sign of any Orca’s here though so I wander back to get some lunch. With time to kill, I go back to the mirador to watch the seals and luckily get to see the male moving…about a metre!

Back on the bus we make a stop in front of the creek with some great views. There is a sign telling us about the killer whales and my guide tells me he saw one 5 days ago!!! Seriously?!? As the tide is out, there’s zero chance of this happening today and in 4 years, he’s only seen one twice!

It’s back in the bus for an hour to get to Punta Pirámide.

Here we have just under an hour to wander round and I wish I’d hung on to eat here as there are some much nicer places and bites on offer.

At the boat office, we get our life jacket and walk towards our boat. It’s cool as it drives out into the sea before detaching itself and away we go. The calm waters of the gulf Nuevo and gulf San José, are very attractive to calves when learning to breathe, and are also favored by whales at a mating time.

It’s minutes before we see the first few Right whales playing and splashing about and then we were greeted by them doing big flips in the air and diving back into the water. The money shot so to speak.

Absolutely incredible. They swim right up next to the boat and you can really see their colour, markings and more importantly – size. I’m told their tail span alone is 3-5m long! These whales like nothing more than to put on a show and for 90 minutes, they did not disappoint.

Southern Right Whales are playful and active, despite their large size. You will see them lobtailing, spyhopping, breaching and waving their tails out of the water while facing the bottom of the ocean. They are inquisitive, known for investigating boats and other objects in the water by nudging them playfully.

This was a sight that completely blew me away, one I will never forget. Just being in an environment where animals such as these livd snd thrive is beyond words. Right now I feel like I’m one of the luckiest people ever to witness such a spectacle. Again I’m rendered quite speechless.

Knackered I arrive back at my hostel to move to another and due to what happened last night, they’ve upgraded me to a private for the night…I therefore decide to stay and thoroughly enjoy my peace and quiet and a big double bed just for me!