After a heavy few days in Salta, it’s time to get moving in to Buenos Aires. I leave bright and early for my 1030 flight and get to my hostel around lunch time…even braving the bus into this massive metropolis with all my stuff than catching a taxi!

On heading out to grab a late lunch I notice a sign in reception advertising a Boca Juniors match tonight and quickly enquire about spaces. It’s not too late and although quite pricey (over £60…despite the ticket price being less than £7)!!! I manage to get on. Time for a speedy lunch as the meeting time is in an hour.

We all congregate in reception with a beer or 2 whilst waiting, then waiting until finally an hour n half later the dude turns up to get us. We pile into an old school bus and I get chatting to a great couple Sian & Josh from Leeds, and a few guys from Oz.

Pepe gives us our safety briefing…don’t speak in English, stay together, don’t dawdle etc. There are 160,000 Boca members and only 45,000 seats. They hate tourists going in when they can’t! We make the 2 block walk to La Bombonera and enter the stadium without much fuss. Then I find out kick off is not for another 2 hours and we got here early to get a space in the standing area before all the hooligans enter and to avoid the crowds or any problems upon entering. There is obviously no beer on sale either so it’s a bag of crisps and a coke! We also learn that the 45,000 strong hold crowd is only Boca fans as due to violence, hooliganism and in some cases fatalities, opposition teams aren’t allowed in the grounds! WTF have we come too.

The ground is still fairly empty 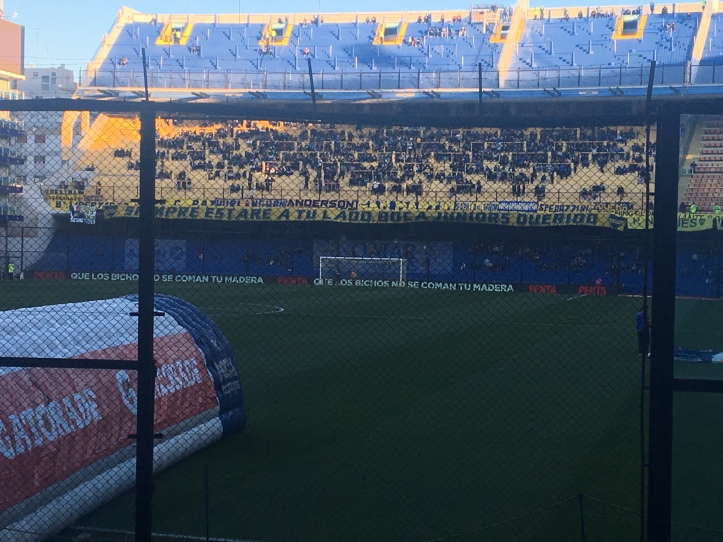 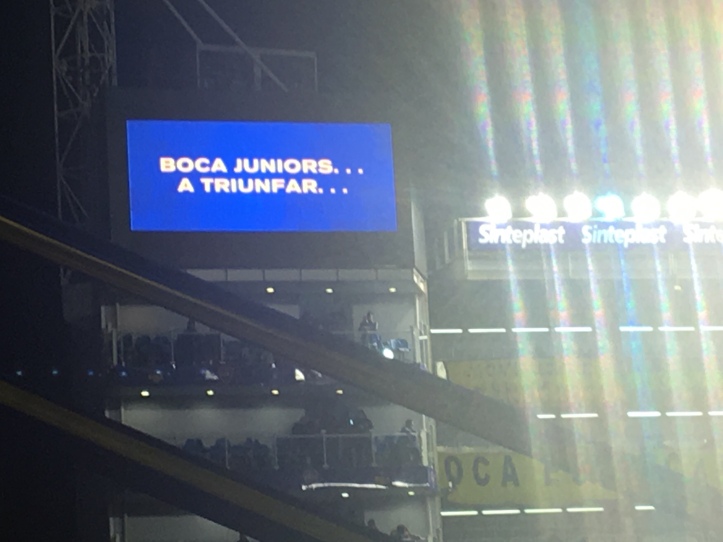 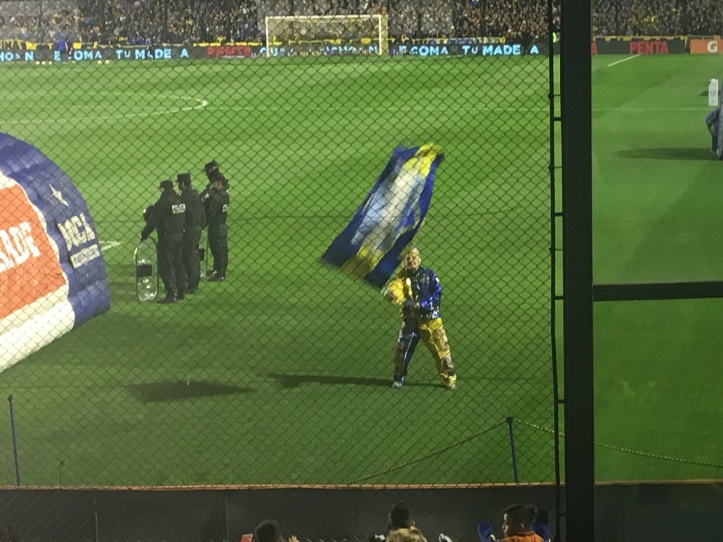 until about 30 mins before the game then things really start to pick up. The stands are full, the banners are going up and the drums and singing start. 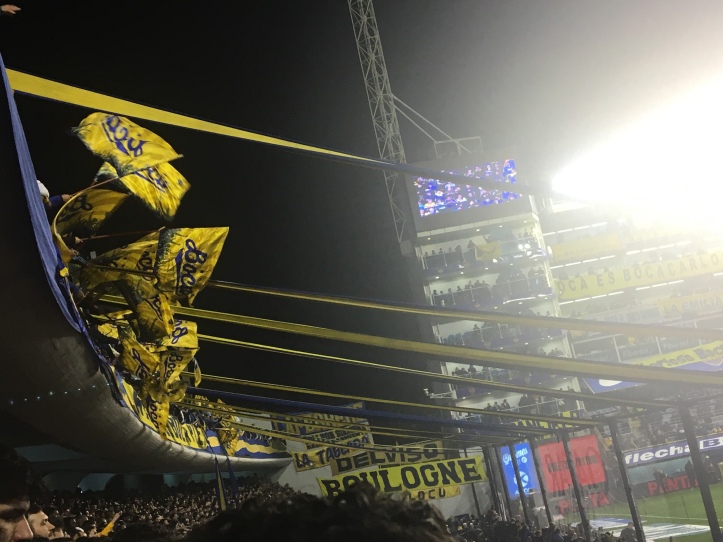 One ingenious thing we notice is all the jumpers tied to fence. We wonder why and then just as the players are running out, we see all the kids scrambling into position…they use the jumpers to secure themselves to the fence to get a better view! Fabulous!

It’s quite an intense game and I do feel sorry for the guy having to take a corner metres away from Boca fans banging hell out of a plastic panel behind him.

This is one of the most intimidating grounds I’ve ever been to.

It dawns on me that we are a minority of avid fans and if these guys don’t win, there’s going to be 45,000 very passed off angry people. Luckily a goal is scored and a second by penalty by half time!

By 60 minutes I’m freezing my arse off and clock watching to get back. Right on the 90th minute, Boca score again. A clear win over Velez Sarsfield which they apparently needed.

I walk back to the bus chatting to our guide Pepe and he explains that the area we’re walking through which is now bursting with life, will now be rife with after football parties. It looks immense and something I would love to stick around for but apparently these are for die hard Boca fans only.

It was a great experience and something I’m glad I went to. It was also a great way to meet lots of new people which then means a few beers back at the hostel afterwards.