No chance of a lie in here, but after a lazy morning and trying to speak to my Mum – WiFi wasn’t strong enough to hold my call, I go to meet Kim and Amber. Nearing lunch time and feeling like something healthy, we seek out out a great little place for a salad – La Despensa. Our choices were great but a hungry Amber was left disappointed with her measly portion of quiche.

From here, today’s tourist destination is Museo Santuarios Andinos – the frozen mummy incan sacrifice. It costs 20s to enter and we again decide to opt for a guide but price is tip based.

It was once said that the Incas never used humans as offerings or sacrifices. Whether this was to protect the beliefs and actions of their ancestors I do not know but the findings of one man and his crew definitely changed this and provided a huge insight into the traditions and beliefs of the Tawantinsuyu.

The findings of anthropologist Johan Reinhard in September 1995 changed this and provided a massive insight into the culture and beliefs of the Incas.

Reinhard was hiking up the Ampato Volcano on an expedition to examine the explosive neighbouring volcano – Sabancaya. The volcanic ash from there had melted Ampato’s iced summit resulting in a tomb collapsing and its contents rolling down the mountainside. It was here Reinhard and his assistant Zarate found the most interesting discovery. 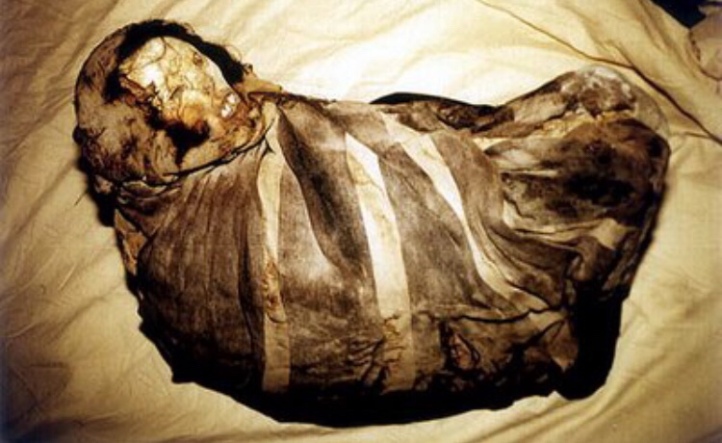 along with various artifacts, including numerous miniature clay statues, shells, and gold and silver objects. 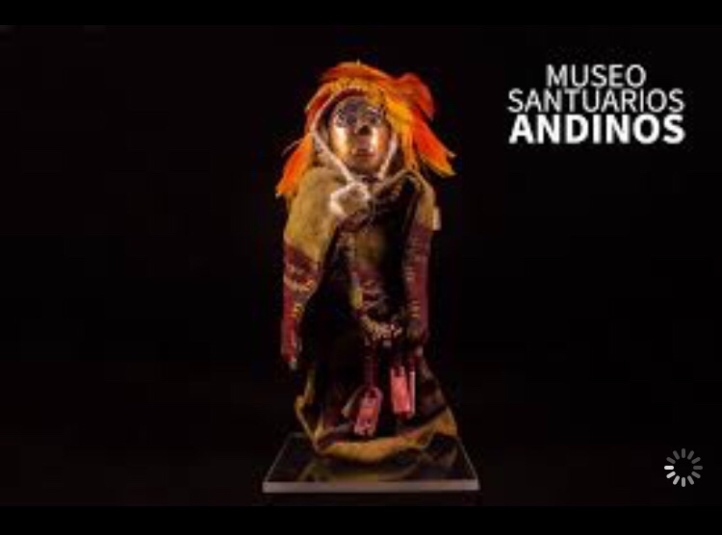 This it seems all added up to this girl being made as a sacrificial offering to the gods. An important sacrificial rite for the Incas known as Capacocha. For the Incas, death was the beginning of another life, the chosen ones for the sacrifices were boys and girls, who were considered pure, these had to belong to good families, be perfect, no blemishes, good teeth, virgins. If chosen young, they lived in special houses – aqlla wasi under the care of Mam- Kuna until it was time.

These sacrifices were done in an attempt to appease the gods, to ensure a good harvest, or to prevent some natural disaster. Based on the location where the girl was sacrificed, it has been suggested that the ritual was connected to the worship of Apu Ampato.

Studies carried out determine that the girl was only 12-14 years old when she died. The sacrificial proc sesión would have started in Cusco and, dressed in all her finery and with her ornamental offerings, she would have been led by a priest on the long walk up to Mount Ampato. Her parents may well have even been with her, but rather than be sad or scared, they would have been enormously proud. This was the ultimate honour.

The walk would have taken months and then followed the hard task of the mountain climb up to very high altitude. The girl would have been extremely tired and cold. Once at the summit, coca leaves and chicha were used to sedate her. It was thought once wrapped up, these children were buried but further research and a scan showed that this young girl died from a blow to the head. It was later discovered that killing before burial was normal practice – usually by head wound or strangulation. Bodies still had to be as blemish free as possible on the offering. The drugging ensured a smooth process.

Reinhard found that her body mass had been increased by the freezing of her flesh. She was almost entirely frozen, making her a substantial scientific find. Her remains and clothes were not desiccated like those of mummies found in other parts of the world. She was naturally mummified, instead of being artificially mummified – as is the case with Egyptian mummies. Her skin, organs, tissues, blood, hair, stomach contents and garments were extremely well preserved. The only part slightly damaged was her face with some dehydration where she had been slightly exposed to the sun for a few days before being found. 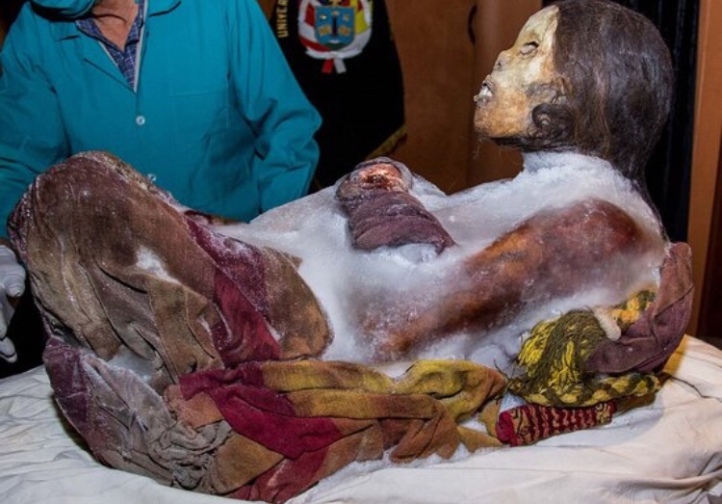 Further tests show she received a change in diet. This was probably after having been chosen. Sacrificial children received a very good diet to ensure they stayed fit and healthy and were full of goodness to be offered. 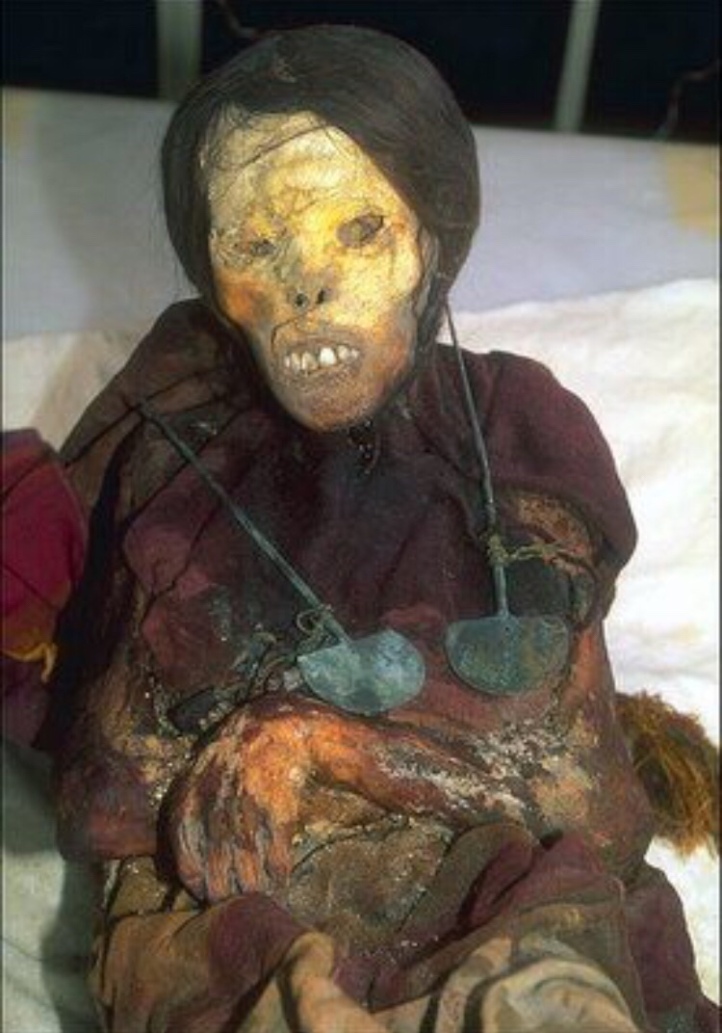 This awfully sad yet magnificent find, this poor frozen child was named Juanita, the female Spanish version of the man who found her…Johan – Juan – Juanita. She is also known as the Inca Ice Maiden and The Lady of Ampato.

After watching a 20 minute video of Reinhard stop if Mount Ampato, telling us if his discovery, we follow our guide into the museum. Here we are shown some of the artefacts Juanita was buried with. It’s hard to comprehend that this really happened and these things were found with her.

Some of the ornaments found were in materials important during those times – gold for the sun, silver for the moon and spondylus for water. These took the form of alpacas, jewellery, figurines and pins. She was buried with shoes that would have been too small for her. A belief that when she was reborn with the gods, she would need new smaller shoes. The museum even contains some of the clothing she wore – all amazingly preserved.

The museum is dark and respectful, almost morgue like. When we enter the last room, that’s exactly what it is. Apart from a few other things, at the end of the room lies a special glass case in which lies Juanita. There she led, curled – arms and legs curled in, full head of hair, fingernails and a full set of teeth led upon her frozen colourful shawl. 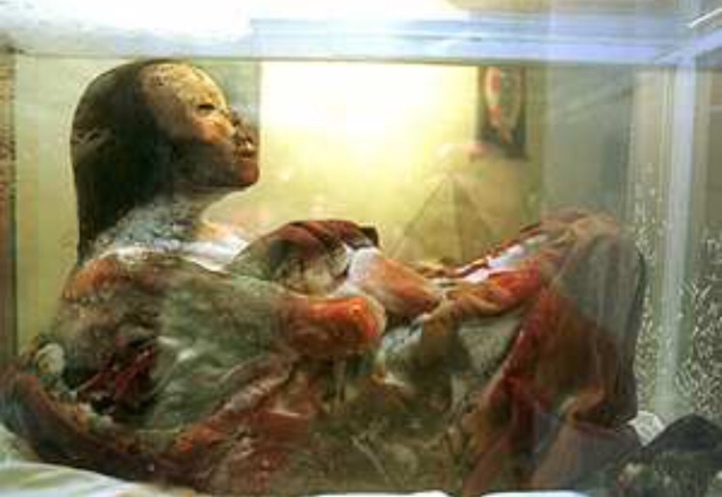 I was speechless….what a find, what a thing to see and learn about. I feel incredibly sad for Juanita but having learned so much, I know this was the top honour in her community and although probably scared, she too must have felt enormous pride at being one of the chosen ones.

Unfortunately, Juanita is not a one off…

The discovery of such a well-preserved mummy instantly created a surge of interest throughout the scientific community. Reinhard returned to the mountain top a month later with a full team and found two more mummified children, this time a boy and a girl. 18 children were found under the project set up by Reinhard. A year later a child was found on the Sara Sara volcano and she became known as Sarita and many others throughout Peru and in Argentina.

Juanita is kept in a special case that carefully maintains the temperature and humidity within it, to optimise her continued preservation. She is alternated with Sarita for 4 months of the year to optimise the continued p

Other children found few weeks later further down and in other sites in the old Inca empire.

To ensure preservation, Juanita is swapped with Sarita from Jan to Apr.

Having now visited many Inca Ruins, this place was one of the most interesting I’ve been to date. It was eerie and good both at the same time. I was drawn into the place and absorbed all I was told like a sponge. I couldn’t quite take in all that I’d learned over the past few weeks and now what I was here looking at. It was tough to comprehend that this was all only 500 years ago. Even more difficult to fathom was that unless the summit of Ampato had melted, Juanita and the other children may never have been found and the history that has come with it.