A well early start today as bus is picking us up at 0740 to go visit El Peñol and Guatape. There different tour options available but I get the one sold by my hostel run by Maxi Tours that costs 80,000 and includes transport, breakfast and lunch, a boat trip and a guide.

There are 2 others from my hostel going so I hook up with them.

We make a few stops in the villages old and new of El Peñol. One that includes a visit to the rock church

which was built to resemble and in tribute to The Rock that we will climb later.

Next stop is known as Tematico del Viejo Peñol which isn’t old at all and is a small replica built in memory of the original El Peñol which was flooded in the 1970s when a dam was built. 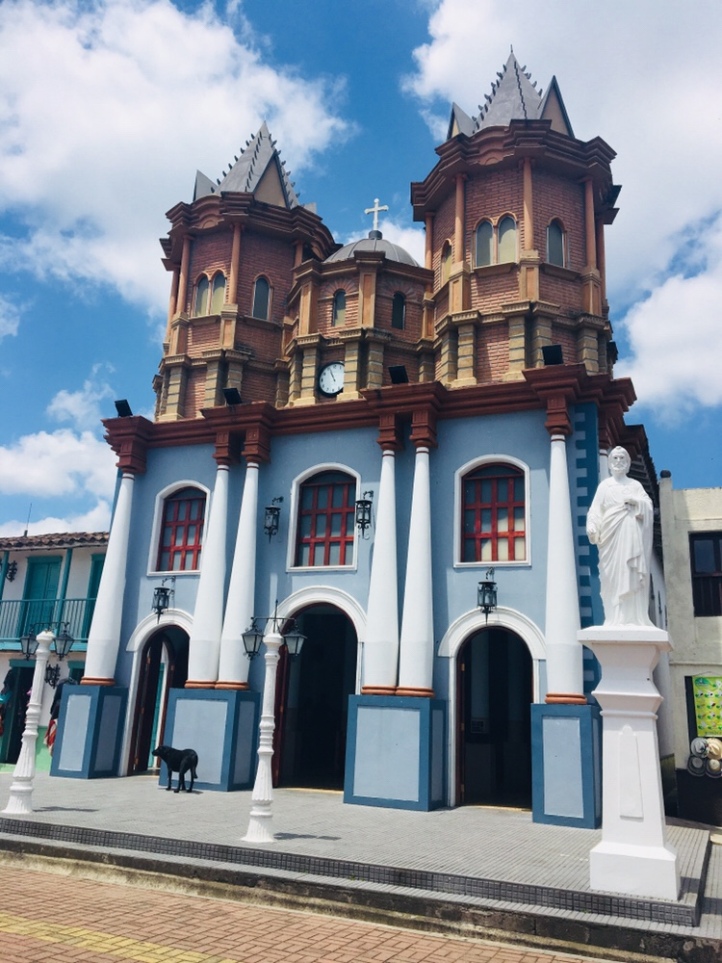 A short walk from this plaza is the lancha for our 1 hour boat trip across the Embalse Peñol – the Guatape reservoir. Sat on top with our life jackets and sailors hats, 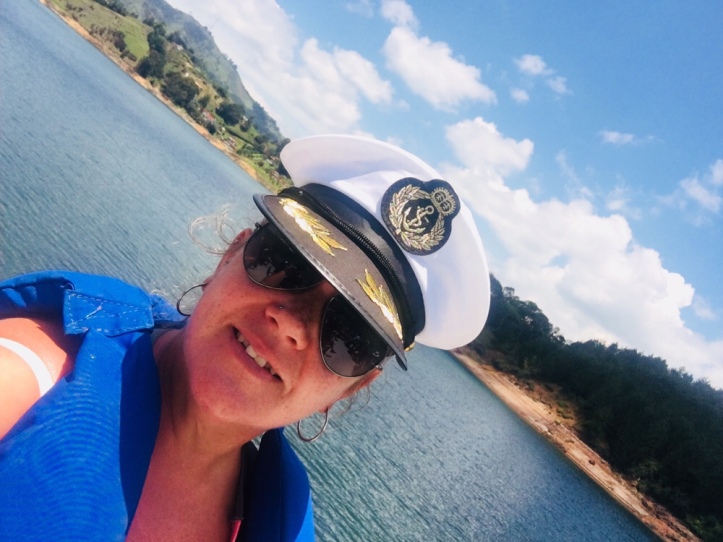 we soak up some sun and enjoy the beautiful scenery.

One thing that is most striking is the large cross that juts out of the water.

This marks the location of the towns original church and the main plaza that is now underwater.

This is quite an expensive area as all houses look like mansions overlooking the gorgeous lakes. Colombian footballer – James Rodríguez who plays for Bayern Munich has a house here 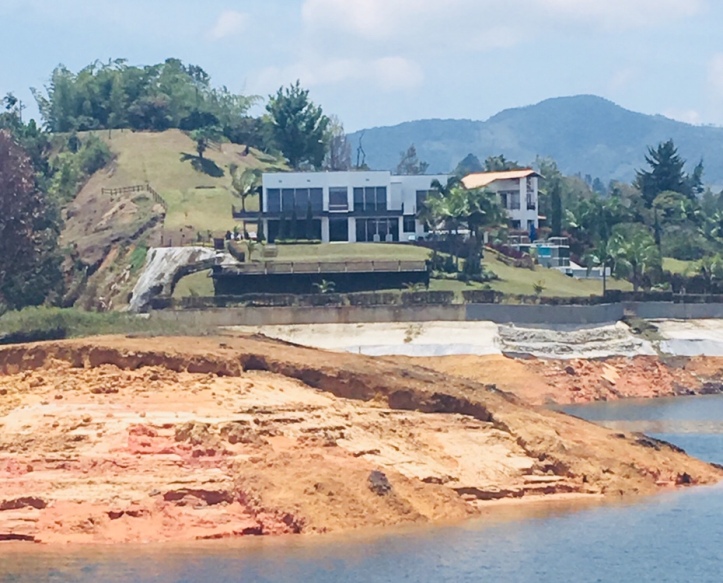 and so did Pablo Escobar. His guest house has been left to ruin.

Off the boat we head to La Pierda (The Rock). 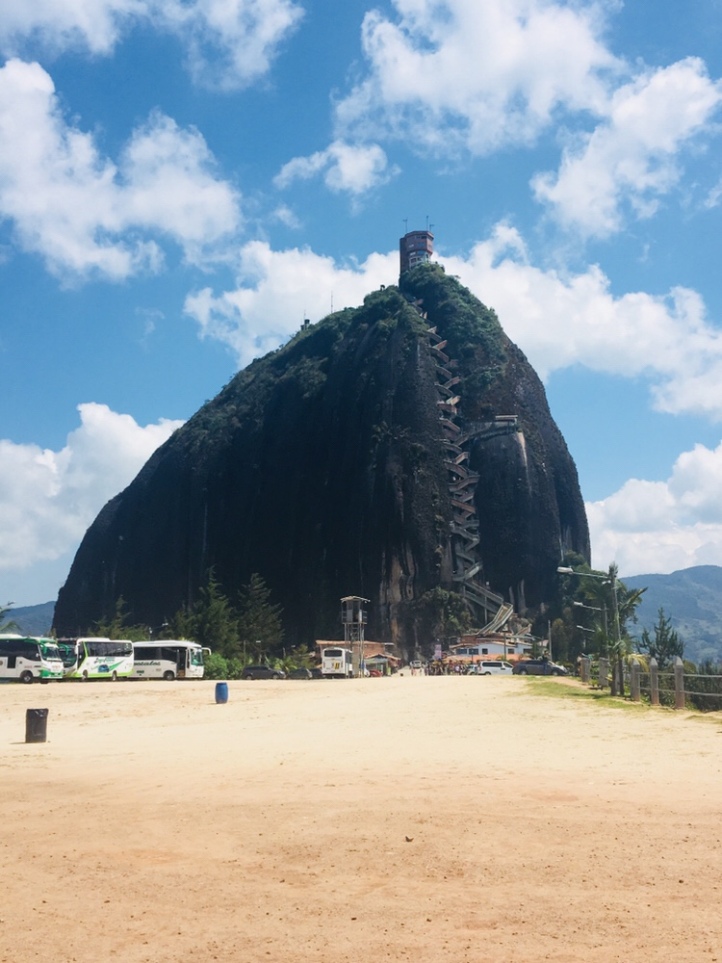 Standing at 200m high, it’s the third largest rock in the world after Uluru in Australia and the Sugar Loaf in Rio, Brazil.

It costs an extra 18,000 for a ticket to climb this (mainly because not everyone in the tour wants to so isn’t included).

I thought it was going to be a hike up there but they have built a stair well all the way to the top…650 steps in fact. Having not trained in ages, I felt nearly every one! Now my toe has healed, time to get running shoes back on!

At the top, we treat ourselves to a well deserved local ice-cream and enjoy the 360 degree views over the reservoir. 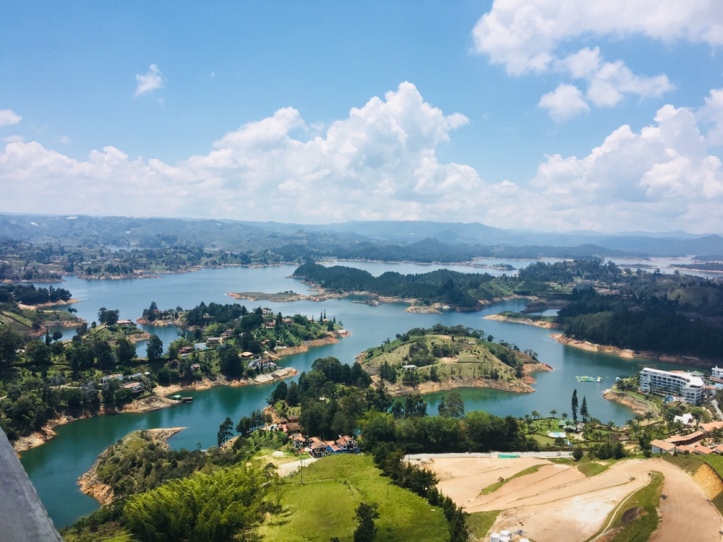 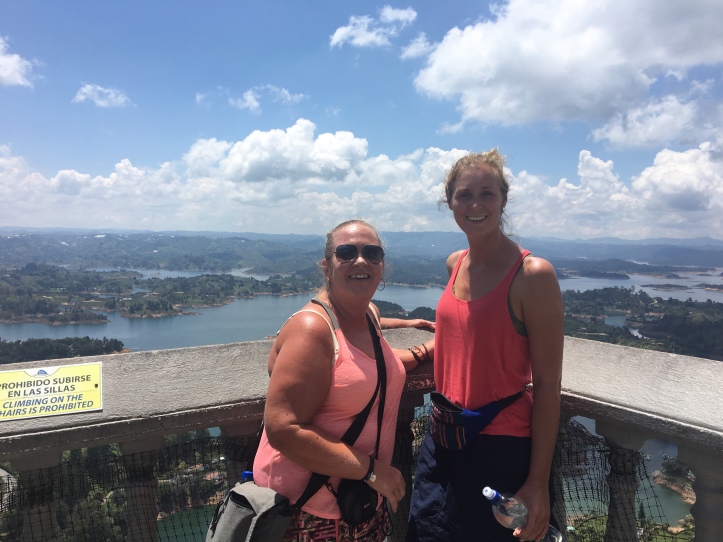 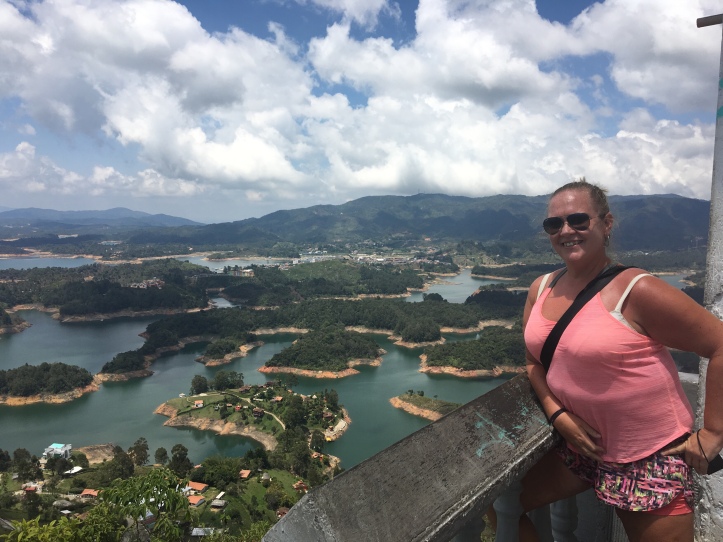 We head back down and head for lunch which was like breakfast and dinner on one plate – beans, fried egg and a fried thing resembling a hash brown then a potatoes, rice, salad and chicken! Was quite tasty thou as far as local food has gone….

Back on the bus, we head the colourful town of Guatape. This is a bright colourful colonial town famous for the little colourful pictures/paintings called zócalos they have on the bottom of every building that depict the lives of the villagers from the good old days. 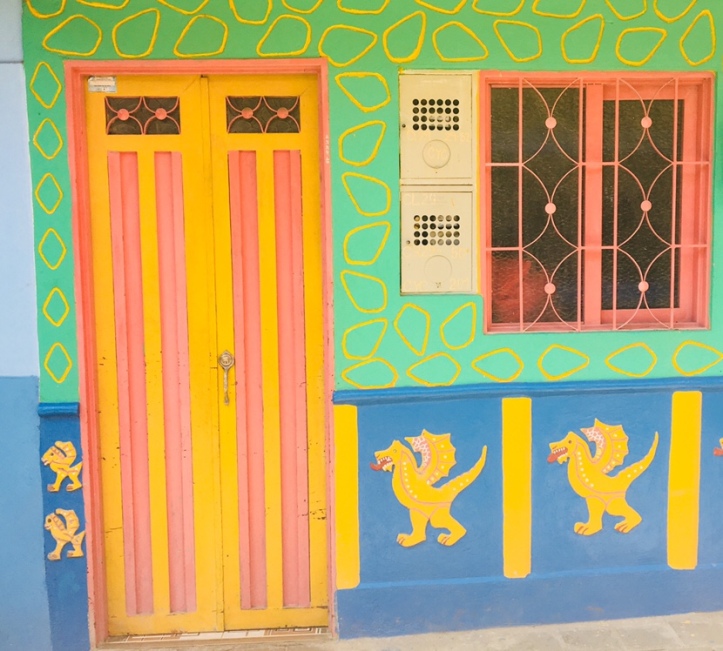 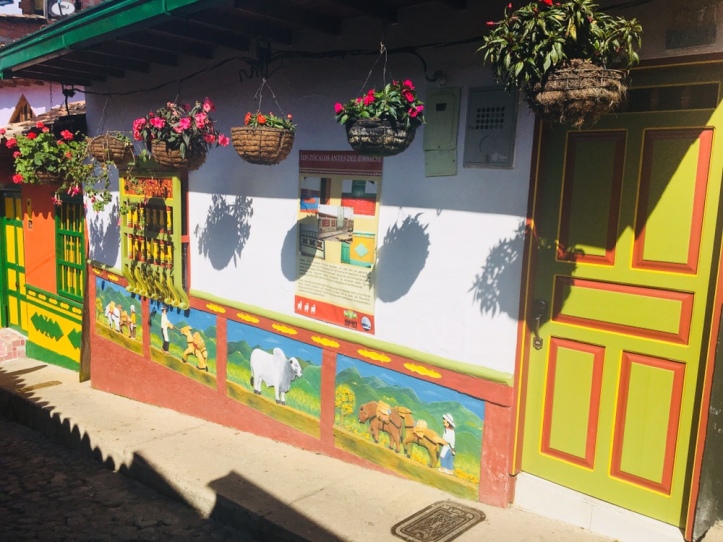 Cameras at the ready, we spend about an hour wandering through this pretty place. 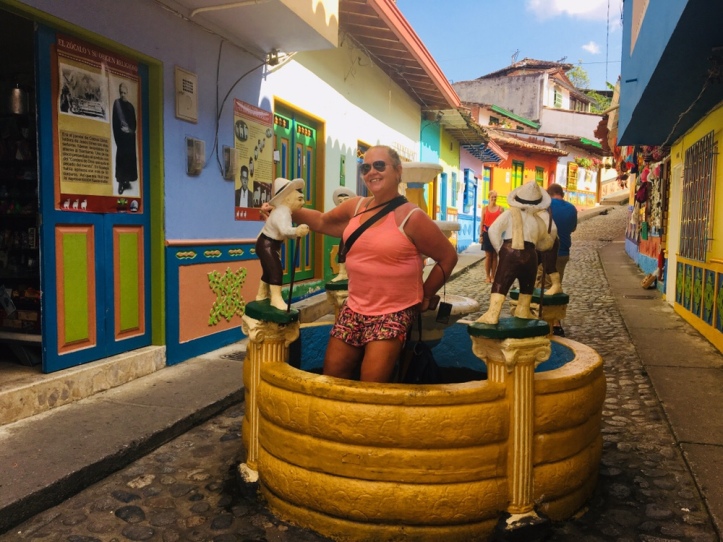 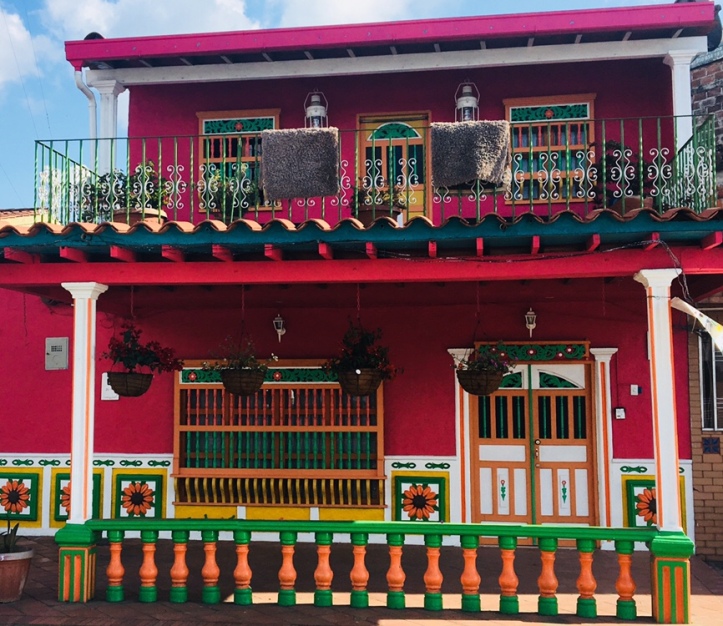 The bus journey back to Medellin is about 2 hours but dropping other people off and the traffic in Medellin means it takes about another hour.

The 3 of us from my hostel go to a cool little sushi place called Sushi Burrito for dinner – I was ok….they do chicken as well as raw fish!